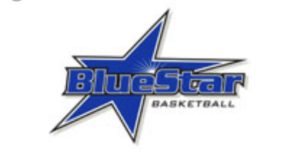 BLUE STAR NATIONAL PROGRAM
The Blue Star National Program its an elite program for maximum exposure and development.  The program is designed for players from 7th-12th grade. There will be 5-7 teams during any given season.  The program is demanding, rigorous, and highly competitive. Coaches evaluate and target players on a year round basis at tournaments, camps, and school games. Tryout invitations are sent out the year from our national program director, Coach Vanessa.

PLAYER DEVELOPMENT
Continued skill development and basketball IQ are the hallmark of each player in NW Magic.  It starts at the top where the coaches set the  standard with their knowledge, experience, and ability to coach elite players. Magic operates like a college program with rigorous, challenging trainings that prepare the players for national/collegiate level competition. The goal is to not only get your player a college scholarship but to also put them in position to be an impact player at the college level!

NW Magic Rising Blue Star 14U, 13U, 12U Tournament Schedule

For over 25 years Blue Star has been one of the most influential organizations in selecting and advising such publications rankings and listings as found in The Sporting News, USA Today, Gatorade Circle of Champions, and McDonalds All American Team just to name a few. These rankings and evaluations are part of our national Blue Star Report available to media & colleges across the country.

TEAM ROSTERS
Our teams are formed throughout the fall & winter season, with final roster placement in March. We want to build the most competitive teams possible through our tryout process while ensuring players are properly placed to receive maximum exposure on a national platform. All teams will carry 8-10 players and practices will be held on week days and weekends throughout the season. Rosters are determined based upon a players skill level, position, basketball IQ, work ethic and experience.

TRYOUT/SELECTION PROCESS
Blue Star National Teams are formed through an invitation only selection that will be comprised of players from Washington State or any of its bordering states. Our coaches recruit and evaluate players year round through various tournaments, camps, and middle/high school games. We target players that are highly competitive and advanced for their age group. Families will receive an information packet at a certain point in time inviting their player(s) and sharing information pertaining to the program. The families can then choose whether to accept or decline the tryout invitation.

RECRUITING ASSISTANCE
We have successfully assisted numerous players in their recruiting process over the years. Our program is well respected with college coaches nationwide and we work hard to build on that reputation and grow those relationships each year. We are a phone call away from having a serious conversation with programs at every collegiate level through our affiliation with Blue Star. Our players take full advantage of that networking power while a NW Magic Blue Star member.